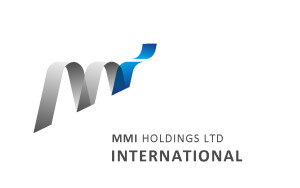 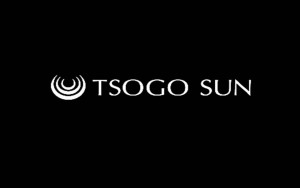 She is the CEO of IPASA, and previously a Director: Department of Traditional Knowledge and Global Challenges at the World Intellectual Property Organisation (WIPO), in the Global Issues Sector, based in Geneva. She is a former Ambassador of South Africa to Switzerland, The Vatican and Liechtenstein; and thereafter to France/UNESCO and OECD.

The Traditional Knowledge Division was responsible for facilitating text-based negotiations with WIPO Member States, for the protection and promotion of Traditional Knowledge, Traditional Cultural Expressions and Genetic Resources. The Global Challenges Division was addressing the interconnectedness between Innovation and Intellectual Property; and because solutions from innovation-driven initiatives are feasible, her Department worked in particular on global health, climate change and food security, the three challenges mostly facing developing countries

A Medical Practitioner by training and also obtained a Diploma in Paediatrics, and a Diploma in Public Health Planning and Health Services Management. She practiced as a medical practitioner in South Africa, later becoming a Regional Director for Health, and a Hospital Administrator in Pretoria.  Konji worked in the pharmaceutical industry for over 12 years; first with Roche Pharmaceuticals as a Medical Advisor and later moved to Pfizer Pharmaceuticals in South Africa where she was Medical Director: Clinical Research, Product registration, Safety and Pharmacovigilance, Quality Assurance, and Sales force training, and later promoted to Medical and Corporate Affairs Director.  She was transferred to Pfizer Headquarters in New York as Public Affairs Director for Africa and Middle East, later promoted to the Corporate Affairs Division, in the Philanthropy Department to be in charge of Pfizer HIV/AIDS Philanthropy programs worldwide. She launched Pfizer’s flagship program; the Diflucan Partnership Program, donating free medicines, Diflucan, for the treatment of HIV/AIDS associated opportunistic infections, to governments and non-governmental organizations worldwide with an emphasis on Africa and other developing countries.

Konji received two recognition awards in 2004; from the Elizabeth Glaser Paediatric Foundation as “The Most Outstanding Woman in the fight against HIV/AIDS and from Africa Investor as “Africa Businesswoman of the Year 2004” in recognition of her role in the Corporate world, at Pfizer, as an advocate for better health care and management in Africa.

Business Networking Breakfast Friday 5 December TOPIC: ” If it is to...