Haroon Bhorat is Professor of Economics & Director of the Development Policy Research Unit at the UCT, covering labour economics, poverty and income distribution. He has co-authored and co-edited a number of books on labour market and poverty issues in Africa, including The Oxford Companion to the Economics of South Africa. He has published more than 150 academic journal articles, book chapters and working papers. He was recently appointed to the editorial advisory board of the World Bank Economic Review.

He holds the National Research Chair under the theme of Economic Growth, Poverty and Inequality: Exploring the Interactions for South Africa, is a Non-resident Senior Fellow at Brookings Institution affiliated to the Global Economy and Development Program, and the Africa Growth Initiative, an Honorary Research Fellow at the HSRC and a Board Member of the UNU World Institute for Development Economics Research.

He consults with international organizations such as the ILO, the UNDP, the World Bank, Ratings Agencies and emerging market fund managers. He was a member of the World Bank’s Advisory Board of the Commission on Global Poverty as well as a member of the Program Committee of the 2017 International Economic Association World Congress. He is on the Advisory Committee of the joint United Nations and World Bank Policy Study on the role of Development in the Prevention of Violent Conflict. He is also a member of the UN/WHO’s High Level Commission on Health Employment and Economic Growth.

Haroon has undertaken extensive work for several South African government departments – including the Presidency and the National Treasury. Haroon was recently appointed an Advisor on the South African Parliament’s High Level Panel on Acceleration of Change and Transformation. He was an economic advisor to two past Ministers of Finance, and previous Presidents Thabo Mbeki and Kgalema Motlanthe, formally serving on the Presidential Economic Advisory Panel. 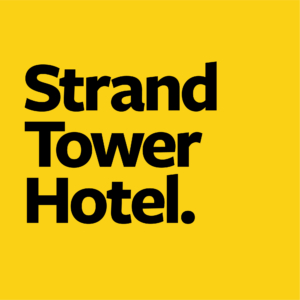