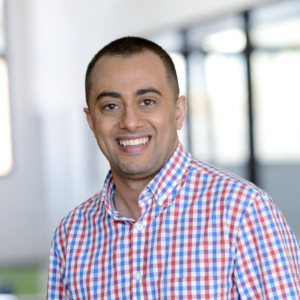 Abdullah Verachia is a global strategist, Attorney of the High Court, senior executive & international speaker. He is senior Faculty at GIBS, Programme Director Harvard Senior Executive Programme for Africa, Executive Chairperson The Collective Genius, Co-Founder & CEO of Digicars & Associate of Tomorrow Today Global. Board member of General Electric & Gauteng Innovation Advisory Board. He was appointed by the Minister of Trade & Industry as a judge for the South African Premier Business Awards and is Chairperson of the South African Model United Nations. He is an advisor to the Organisation for Economic Cooperation & Development on the African Economic Outlook, focusing on Africa & its Emerging Partners.

Abdullah has been recognised as a visionary young leader and serves as the CEO of The Strategists where he plays an active role in assisting companies & organisations craft competitive future strategies. He has significant expertise in strategy, competitiveness & sector trends & facilitates a number of high level strategy sessions & breakaways for companies & governments & speaks globally. He led the team that crafted the Gauteng Economic Development Strategy and the 2017 Mauritius Competitiveness foresight strategy. Having presented & consulted in over 60 cities globally Abdullah has been recognised as a leading speaker, disruptor, strategist & thought leader on competitiveness & the interplay between strategy & disruptive innovation

He has provided business strategy solutions on behalf of listed & multinational clients in Asia, Africa & Europe. Abdullah has also initiated & advised on some of the largest Asian investments into Africa and has headed up research, strategy & consulting assignments in an array of sectors including banking, mining, finance, asset management, construction, insurance, legal, audit, FMCG, telecoms, retail & automotive. He has participated in numerous high profile Asia-Africa initiatives.

Abdullah is also a regular media commentator for a number of publications including CNBC Africa, BBC, CCTV, CNN, SABC, Moneyweb, Business Day, SAFM, 702, Al Jazeera, New York Times, Financial Times, Reuters & the Sunday Times. He has co-authored a book on the commercial corridor between Africa & India as is currently co-authoring a book on Leading in a changing world – the future of disruption.