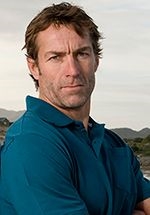 Corne now owns his own company called CK Outdoor that specializes in Outdoor Advertising and Promotional Products. He also took part in a season of survivor. Corne has completed many endurance races but most notably The ABSA Cape Epic, The Otter Trail Run and Iron Man 2016

Come and be inspired and learn valuable leadership lessons from Corne’ to apply in your business and personal life.