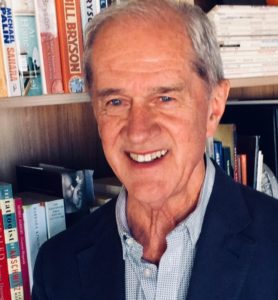 Roelf Meyer is a lawyer by profession. He served as Minister of Defence and of Constitutional Affairs in the cabinet of former President FW de Klerk and was intimately involved in the negotiations on the settlement of the South African conflict as Chief Negotiator for the National Party Government. It was in this capacity that he negotiated the end of apartheid together with Cyril Ramaphosa who was Chief Negotiator for the ANC. These negotiations resulted in the first democratic elections in South Africa at the end of April 1994. After the election Meyer continued in the portfolio of Constitutional Affairs in the Cabinet of former President Nelson Mandela.

After his retirement from politics he has been acting as an advisor in peace processes in Northern Ireland, Sri Lanka, the Middle East, Rwanda, Burundi, Iraq, Kosovo, the Basque Region, Guyana, Bolivia, Kenya, Sudan, South Sudan, Colombia, Myanmar, Madagascar, Zimbabwe and the Central African Republic.

He is presently a director of In Transformation Initiative, a South African based institution that does facilitation and advisory work in and outside of the country.